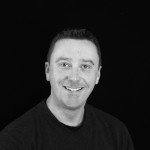 Brian has worked as a trumpeter, musical director, orchestral fixer, musical arranger, band leader and producer on many shows over the past 10 years. Now focusing on Barisons Productions, Brian oversees every aspect of all the musical shows in their portfolio which tour the UK, Europe, Asia and the USA. Currently the music director for Darius Campbell’s Great British Big Band and Andy Abraham’s History of the Big Bands Brian finds his first children’s show ‘How Lion Became King of Tinga Tinga Land’ and interesting and exciting challenge.

Iain has been involved in the entertainment business for 35 years during which time he has had extensive experience as an actor, director, writer and producer.

As an actor he worked on many Dramas and TV series but also presented on BBC Playschool for 8 years, the very successful Fingermouse series for BBC, BBC Playdays, Storytime and Fun Song Factory.

His partnership with Will Brenton has spanned the last 15 years and has produced a number of successful programmes to date. The most successful of these being Playdays for BBC, Fun Song Factory for Universal and ITV, the Tweenies, Boo and BB3B for BBC.

He started working with his writing partner Will Brenton in 1994 when they were involved in writing and performing Pantomime which Iain still does every Christmas. Iain’s main role, since that time, has been mainly as creative partner, writer and producer. Iain was series producer and script editor on the very successful Bafta winning children’s series Tweenies, Producer on Boo and BB3B, Fun Song Factory and Jim Jam and Sunny for ITV and was responsible for delivering top quality programmes on time and true to the pre-school genre.

In February 2006 Iain and Will started Wish films with Helen. Their first commission was making 260 episodes of Jim Jam and Sunny for ITV. This was a high quality, high profile live action costume series for pre-schoolers. In 2008 year he produced a preschool animation for CBeebies called Wibbly Pig which aired in September 2009 and is still running. He also set up a new pre-school live action programme called Mighty Mights which was written as a vehicle for the very popular Sarah Jane Honeywell and aims to inspire pre-schoolers to get up, get out and try some activities… It is running very successfully on CBeebies.

Director Iain also directed all of the live theatre and arena shows that the partnership has written. These included 2 Playdays live tours, 5 Tweenies Live Arena shows, 2 Thomas the Tank engine Arena shows, Noddy, Bob the Builder show at the Science Museum, 4 CBeebies Live Arena tours. Bratz and Zig Zag Live for Portugal. One of their latest challenges was to write and mount the Bob the Builder world theatre tour which has toured Europe and the US.

Iain is now working with Barisons on their first Children’s Show as director and writer. 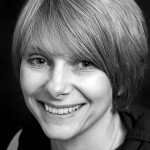 Alli is currently Associate Director on the national tour of Dirty Dancing (Playful Productions). A Fellow and Examiner of the International Dance Teacher’s Association, Alli has directed and/or choreographed many musicals and is a regular lecturer for workshops in musical theatre nationwide.

Most recently, Alli was Resident Director and Media Coordinator for the international tour of ‘Walking With Dinosaurs -The Arena Spectacular’ 2009/11 (Global Creatures), after which she went on to co-direct ‘Mother Goose’ 2011/12 (Belgrade Theatre, Coventry), with Iain Lauchlan, which she also choreographed and ‘Reach To The Stars’ – the CBeebies Live Arena Tour 2012 (BBC Worldwide).

Previous work for BBC Worldwide has included a further 4 CBeebies Tours, ‘The Enchanted Toy Shop’ (UK/Hong Kong) and the UK tour of ‘Top of the Tots’. She was also Assistant Director/Choreographer for Bob the Builder’s World Tour ‘Spud’s Big Mess’ (IPLive/Hit Entertainment), ‘Bob-Live at the Science Museum London’ and ‘Cry Of The Celts’ at the Royal Albert Hall. 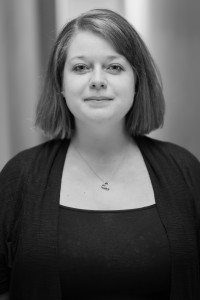 at Rose Bruford College, from where she graduated with a First Class degree in Stage Management in 2010, since then she has worked as a freelance DSM/Stage Manager for many various production companies.

Shannon graduated from the Guildhall School of Music and Drama in 2014 studying Stage and Costume Management.

Oscar is a T

heatre Sound Design student from the Royal Central School of Speech and Drama.